What is the Washington Progress Group?
The Washington Progress Group LLC (WPG) is a team of policy and legal professionals who apply decades of experience in aviation law and technology policy, Federal government and Congressional service, government-industry relations, technology public-private partnerships, and political advocacy to advancing the organizational and business objectives of public and private sector clients.

What services can WPG provide?
WPG offers consulting services, specializing in
Why engage WPG in UAS matters?
While the technology and procedures enabling safe integration of UAS into the National Airspace System (NAS) are rapidly approaching maturity, there remain significant unresolved policy and legal barriers to entry and normalized operations.  Among these issues are privacy and civil rights concerns, safety standards and certification hurdles, liability and insurance matters, and meeting the public's threshold for safety and security.

Addressing these concerns requires not only subject matter expertise relating to UAS, the NAS, and NextGen science and technology, but also understanding and expertise in aviation, UAS, and related laws, regulations, and policy.  WPG offers precisely this unique and specialized combination of skills, knowledge and experience.  For almost 10 years, WPG principals have provided Senior Subject Matter Expert consulting services for the FAA Joint Planning and Development Office on all manner of issues and activities related to NextGen, including the NextGen Plan, Architecture, Integrated Work Plan, and Joint Planning Environment (JPE), including integration of UAS into the NextGen National Airspace System (NAS).  WPG principals supported the FAA JPDO in development of scenarios depicting UAS integration into the NextGen NAS, and performed related policy and risk analyses; participated in JPDO development of the National Plan for UAS Integration; provided support to the JPDO’s UAS R&D prioritization and gap analysis activity; and advised and facilitated JPDO's interactions with the UAS industry, other NAS users and stakeholders. WPG principals have provided legal and policy advice on UAS privacy issues. WPG principals have advised the JPDO on UAS safety technologies, laws, regulations, and policy.

In addition, WPG incorporates the historical UAS expertise and experience of AmTech, Inc.   AmTech is a small business that formed in 1989 and was at the nexus of civil UAS programs and initiatives by government and industry for over 17 years.  AmTech was instrumental to the formation and management of the $160M NASA ERAST Program, under which the Predator B, Helios Solarplane, and other civil UAS platforms were first developed and flight-tested.  Subsequently, AmTech successfully persuaded the high altitude UAS manufacturers to form the UAV National Industry Team (UNITE) and was influential in gaining NASA’s agreement to sponsor for $101M the Access 5 Project focused on UAS integration in the NAS.  AmTech was the partnership facilitator for Access 5.  AmTech was at the forefront of the 1994 UAV National Task Force sponsored by the JPDO, an interagency team whose work culminated in a report that evaluated the impact of UAV operations on the Next Generation Air Transportation System.  AmTech was the force behind the 2005 UAS market assessment study by Innosight – the first to seriously evaluate the potential UAS civil market - which was jointly funded by UNITE and Access 5.

Who are members of WPG?

He served as Attorney-Advisor to the Civil Aeronautics Board and for twenty years was Senior Counsel and Staff Director of the US House of Representatives Aviation Subcommittee. During his time with the US House, David was instrumental in passing twenty major aviation bills including several bills dealing with aviation safety and security, and seven bills reauthorizing the Federal Aviation Administration.

After retiring from Congressional Service in 2004, David continued his work on issues related to airports, NextGen, and UAS integration in the NAS.  He became a policy consultant to both the FAA and the Joint Planning and Development Office (JPDO).  While there, he wrote extensively on airport capacity issues and unmanned aircraft privacy issues.  He has also been deeply involved advising the JPDO and private sector clients on Congressional relations and policy issues related to airports, the environment, governance, and air traffic control modernization.

Karen Risa Robbins has played a key role in the UAS arena.  She brokered and provided legal and operations support to the $165 million dollar ERAST Alliance, a nine year partnership with industry to develop and flight-test high altitude long endurance (HALE) UAS.  She was a primary catalyst for the formation of the UAS National Industry Team (UNITE) in 2002.  She worked closely with leaders of major UAS manufacturers to convince NASA, the FAA and DOD to address integration of UAS into the national airspace, resulting in the Access 5 Program, for which she negotiated the $101M legal agreement. In 2004, working with the White House Office of Science and Technology Policy and DHS, she facilitated an interagency planning exercise under the JPDO that culminated in a report entitled The Impact of UAV on the Next Generation Air Transportation System.  In 2008, Ms. Robbins initiated the Center for UAS Integration in the NAS, a high-level study group whose recommendations were briefed to OMB, key Congress members and staff, and federal agency representatives.  In 2012, Ms. Robbins was a Senior Subject Matter Expert to the JPDO on the UAS National Plan.  Ms. Robbins has advised companies on UAS business matters and written articles on UAS airspace integration.  Ms. Robbins co-founded and was CEO of the Silicon Valley-based AmTech Center for Collaboration.  She architected NASA’s Other Transactions Authority (OTA) contracting practices, and negotiated and administered OTA agreements worth hundreds of millions of dollars.  An expert in public-private partnership (and recipient of numerous awards), she was recruited to orchestrate partner relations for the $18 billion dollar Next Generation Air Transportation System program.  She is proud to have received the following praise: "We want to thank you for the many years of leadership and support provided to the UAV industry.” (Frank Pace, President, General Atomics Aeronautical Systems, on behalf of the Board of Directors of the UAS National Industry Team). 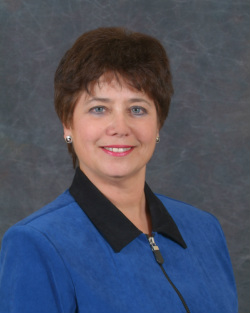 Suzette Matthews has over thirty years of aviation expertise in law and policy.  As an aviation attorney, she represented foreign and domestic airlines before the CAB, FAA, DOT, and Federal Courts.  For two decades, she was Executive Vice President and General Counsel, an elected Member of the Board of Directors of the Air Traffic Control Association, where she dealt extensively with aviation technology and policy, including serving as the association's representative before Congress.  For ten years she was Editor of ATCA's Journal of Air Traffic Control, the world's premier publication dedicated to advancements in the science and technology of air traffic control.  She served nine years as Senior Subject Matter Expert to the FAA Joint Planning and Development Office (JPDO), providing advice and counsel on aviation policy, law and regulations, NextGen and UAS technology and policy.  She contributed substantially to drafting the UAS National Plan, and was relied upon to develop aviation policies for the NextGen Integrated Plan and Joint Planning Environment (JPE), including safety policy elements.  She has expertise in NAS technology policy, net-enabled aviation operations, and public-private partnership.  Ms. Matthews received the Aviation Week and Space Technology Laurel Award (2001), the Air Traffic Control Association Clifford Burton Award (2004), and the ATCA Chairman’s Citation of Merit (2012).   She is a graduate With Distinction and Phi Beta Kappa of Cornell University, and received a Juris Doctor degree from Cornell Law School where she served as Notes and Comments Editor, and Member of the Board of Editors of the Cornell International Law Journal.   She is a Member in good standing of the Bars of Virginia and the District of Columbia. 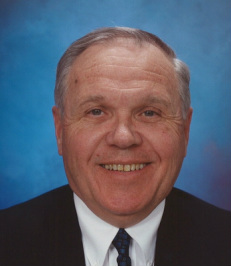 Frank L. Frisbie has 55 years experience in ATC/ATM spanning the full design development Implementation, sustainment and replacement cycle of all NAS infrastructure elements, including a professional career in FAA culminating in the position of NAS Program Director and Acting Associate Administrator of Development and Logistics.   In his last two positions at the FAA, Frisbie was directly responsible for research, development, system engineering, acquisition, deployment and maintenance of all 20,000 air traffic control facilities in the U.S. and was responsible for the $12 Billion national program aimed at revitalization of the U.S. air traffic control infrastructure, the fruits of which are still being realized today.  Mr. Frisbie has a Bachelors’ Degree in Electrical Engineering (BEE) from Manhattan College, NY and a Masters’ Degree in Business Administration (MBA) from American University, DC. He is a member of the International Loran Association, the Institute of Navigation (ION), the Society of Airway Pioneers and the Armed Forces Communications Electronics Association (AFCEA). He has served as Board Member, Treasurer, and Chairman of the Board of the Air Traffic Control Association (ATCA) where he was designated an Honorary Member and recipient of their Glen Gilbert Memorial award for lifelong achievement. He is a Member of the Academy of Navigation and Motion Control of the Russian Federation, former member of the NASA Aeronautics Research Advisory Board and he holds a Professional Engineer’s License. He participated in the National Research Council Decadal Survey of Civil Aeronautics, is frequently published in the Journal of Air Traffic Control and has been involved with the development, deployment, maintenance and operation of virtually every system employed in the U.S. civil aviation infrastructure.